How did your career start out in the beginning?

Originally from Findlay Ohio, Jaaron’s family moved to Omaha, Nebraska when he was in 3rd grade. Jaaron’s career began in the hospitality industry where he started out working at a hotel as a server and bartender in Midland, Texas. He was quickly promoted to a front desk attendant and eventually became a sales manager based on positive guest survey results. From Midland he moved to Austin where he became an Assistant Manager for a Double Tree hotel. It was this valuable work experience in the hospitality industry that would serve as the foundation to Jaaron’s future and professional success.

How did you transition from hospitality to healthcare and what impact did it have on your career?

Today, Jaaron is the Director of Environmental Services at CHI Immanuel Hospital. Working in the hospitality business was a natural transition to healthcare where Jaaron oversees the environmental services department satisfaction scores. Unlike a hotel where the guest chooses to check-in,  obviously some hospital patients are required to stay at the hospital but that doesn’t mean their satisfaction is any less important. At CHI Immanuel, Jaaron and his team are responsible to maintain high satisfaction scores for their department which translate to patient satisfaction.

In the past, Jaaron always had the ability to raise satisfaction scores at the hotels he worked. As an example, he raised the score for a Hilton Hotel from 6.5 out of 10 to an 8.6 before leaving to work in San Marcos, TX. His success was due to taking the time to ensure guest needs were always met and he always went out of his way to ensure they were greeted with a smile and received prompt, personal attention.

What is your leadership style and how has it contributed to your success?

Jaaron lives with the motto “Do Unto Others.”  He has the phrase tattooed on his forearm. “ It reminds me to treat others as he would want to be treated,” explains Graeul.

Staffing is another cornerstone of his success. Overtime hours had a negative impact on the budget at CHI, as a result Jaaron worked to eliminate contract staffing and bring on more internal employees. Grauel elaborates, “even though that mean’t paying extra for benefits such as PTO and vacation time, it was still less costly than employing contract staff. This shift in staffing increased the bottom line for the hospital and in turn helped CHI take better care of their patients.”

Along with controlling staffing costs, Jaaron has found building relationships and keeping positive communication with his staff and the nursing directors to be one of his biggest skills. He considers his leadership style to be similar to a player’s coach in basketball.  He takes the time to get to know the staff on a one-on-one basis so they know where he stands and he understands their point of view.

An avid dog lover that enjoys long walks to relax. He is also been a passionate LA Lakers fan since he was 5 years old, and has looked to Kobe Bryant as a source of inspiration.

Did you have any mentors along the way?

Jaaron has been lucky to have a couple mentors along his career path who have helped him to achieve success. “At the Double Tree in Austin, Texas, Christina Rivera was instrumental in shaping my career early on. As the Assistant General Manager, she saw the potential when the hotel guest satisfaction scores began to rise shortly after I was hired,” states Grauel. “She began to teach me functions of the assistant general and general manager roles so heI could learn the broader picture of hotel hospitality. She believed in my growth professionally and would go out of her way to help me tweak areas that needed improvement.” Today, at CHI Immanuel, Carol McCormick has taken over as the role of mentor for Jarron. She recruited him to the position that he currently works in.

What are areas you can improve upon?

Even with all of his success, Jaaron admits there is still room to grow. He is trying to learn to be better at delegating tasks so that he can focus more on bigger picture items. Admittedly, he still finds it easier at times to do the work himself because he can complete it faster and correctly the first time. However, he recognizes that his staff needs to make their own mistakes so that they can learn and take over tasks that are less essential.

The next time you or someone you know have a hospital stay, remember that Unsung Heroes like Jaaron Grauel are working behind the scenes to ensure your stay is pleasant and comfortable as it can be considering the circumstances. 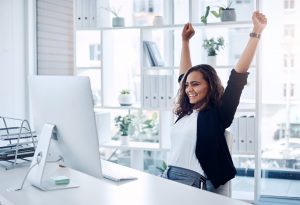 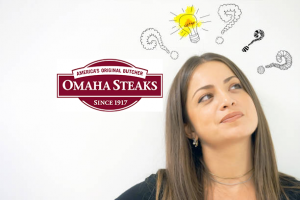 Congratulations, Nikki Forbes the previous weeks winner! You were the first one to answer all the questions correctly. email [email protected] your shipping info in 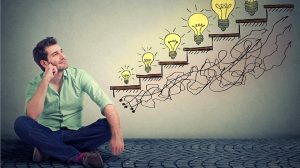 Win for You: Career Growth & Development